PSG striker Kylian Mbappe is in Madrid with Paris Saint-Germain compatriot Achraf Hakimi and the right-back's brother Nabil, sparking more rumours that the Frenchman is set to sign for Real Madrid.

Mbappe's presence in Madrid once again brings rumours that the superstar will be plying his trade at the Estadio Santiago Bernabeu next season.
With less than two months remaining on his PSG contract, and the player about to decide on his future in the coming days, his presence in the Spanish capital has led to the rumour mill running wild.

As reported by Cope, this trip to Madrid is a fresh chapter in the Mbappe soap opera, which has seen all types of events in recent weeks, which had led to rumours that he would renew his PSG contract.

Real Madrid though, as MARCA have previously reported, is confident in landing the 23-year-old in the summer, despite all the rumours in the recent weeks. The club continues to believe that the foundations for Mbappe to join Los Blancos have been laid and that the player will sign the contract very soon.

As reported by MARCA on April 25, Mbappe only needs to officially announce his destination for next season, a circumstance that will not occur before PSG's season comes to an end, which will be on May 21 against Metz. Before that date, Mbappe will not make a public announcement.

Given the presence of the player's mother in Doha, the Mbappe saga has been spoken about on an almost daily basis. A meeting that took place at the end of April was interpreted as PSG's last attempt to retain their star player.

The player's mother, Fayza Lamari, travelled to Doha with her young son Ethan, and speculation of a possible summit erupted.

Last week, Le Parisien reported that PSG and Mbappe had reached an agreement in principle on the player's extension for two seasons, with an option of another year.

Kylian would make 50 million net per season plus an additional 100 million loyalty bonus, according to the estimates. However, the player's mother quickly refuted the agreement in a statement to MARCA.
Kylian Mbappe hasn't been the only surprise visitor to Madrid this Monday with PSG president Nasser Al-Khelaifi also spotted in the Spanish capital.

Al-Khelaifi is in town for the European Club Association meeting taking place, as is customary, ahead of the UEFA Congress to hear from its member clubs. The new Champions League is expected to be high on the agenda this time around.

The PSG chief arrived early on Monday and met fellow ECA board members in a city centre hotel. From there he went to the Wanda Metropolitano to chair the meeting.

Al-Khelaifi did not meet Real Madrid's directors and will have had no contact with them since Los Blancos pulled out of the ECA after the Super League fiasco.

The Qatari businessman is believed to have been behind the new Champions League broadcast rights deal which will kick in from 2024.

TRANSFER GOSSIPS: Transfer gossip from European newspapers on May 10, 2022 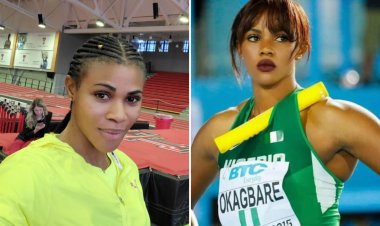