Brighton 4 vs 0 Man Utd: Fury slams Man Utd players, tells them to follow him into retirement

The unbeaten Mancunian, 33, took to his Instagram story to berate his beloved side. Captioning the clip, he said: "Shocking this, we are having a shocking season. Bring on 2023."

World boxing champion Tyson Fury slammed Manchester United players over their embarrassing performance against Brighton as he stated the squad should join him in retirement.

The Red Devils were thrashed 4-0 by the Seagulls at the Amex Stadium on Saturday to officially end their faint-four hopes.

Fury slammed the Red Devils on social media as he watched his side capitulate at the Amex Stadium
United's defeat means it is the club's worst-every season in the Premier League era.

Even a win away at Crystal Palace in their final game of the campaign won't eclipse the 64 points United mustered in the 2013-14 term.

Fans at the game failed to hide their anger as they chanted: "You're not fit to wear the shirt."
And Fury was also critical of United as he watched the clash at home.

He even suggested the players should follow him by retiring, with the Gypsy King hanging up his gloves after knocking out Dillian Whyte.

The unbeaten Mancunian, 33, took to his Instagram story to berate his beloved side.
Captioning the clip, he said: "Shocking this, we are having a shocking season. Bring on 2023."

Speaking in the video, he remarked: "I tell you what, never mind the Gypsy King retiring, what are you saying United?

"Why don't they f***ing retire? Get off!"
Bruno Fernandes admitted in his post-match interview that he and his teammates aren't fit to wear the shirt.
And interim boss Ralf Rangnick apologised to United's fans as he branded their performance as "humiliating".

He said: “It’s important that we apologise to our supporters who came from Manchester to Brighton.
“We were just not good enough from start to finish. The performance was not on but it was also but it was alsoas extremely poor."

He added: "It was a humiliating defeat today. Even more so for a team like Manchester United.
“I think that was the second-highest defeat in my whole career as a coach in the last 35 years.

“It’s not only that you but lose 4- 0, it was also the way we played. This is just unacceptable.” 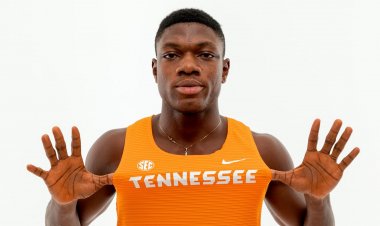